IF I REMEMBER ALL THE CONDITIONAL PATTERNS, I WILL PASS THE TEST!

Let’s talk about conditionals. I find that the usual textbook method of presenting one conditional pattern in isolation means that students will only remember and be able to use that one type. When another pattern is introduced weeks or months later, they often won’t remember the previous pattern well enough to keep them both straight, and confusion is the result.

I started laying out all four patterns at once in my TOEIC classes, where students needed to be able to distinguish between all types of conditional sentences in the grammar section of the test. After a lot of positive feedback from students, I started using this method in all my classes whenever one conditional pattern came up in the textbook (or just came up in conversation).

I really found that all my students, even the low-intermediate ones, understood conditionals so much better when all four patterns were clearly laid out for them. The following chart is how I prefer to present conditionals in my classes. Write out this chart on the board, or download and print it out. You’ll also find some useful tips below the chart. 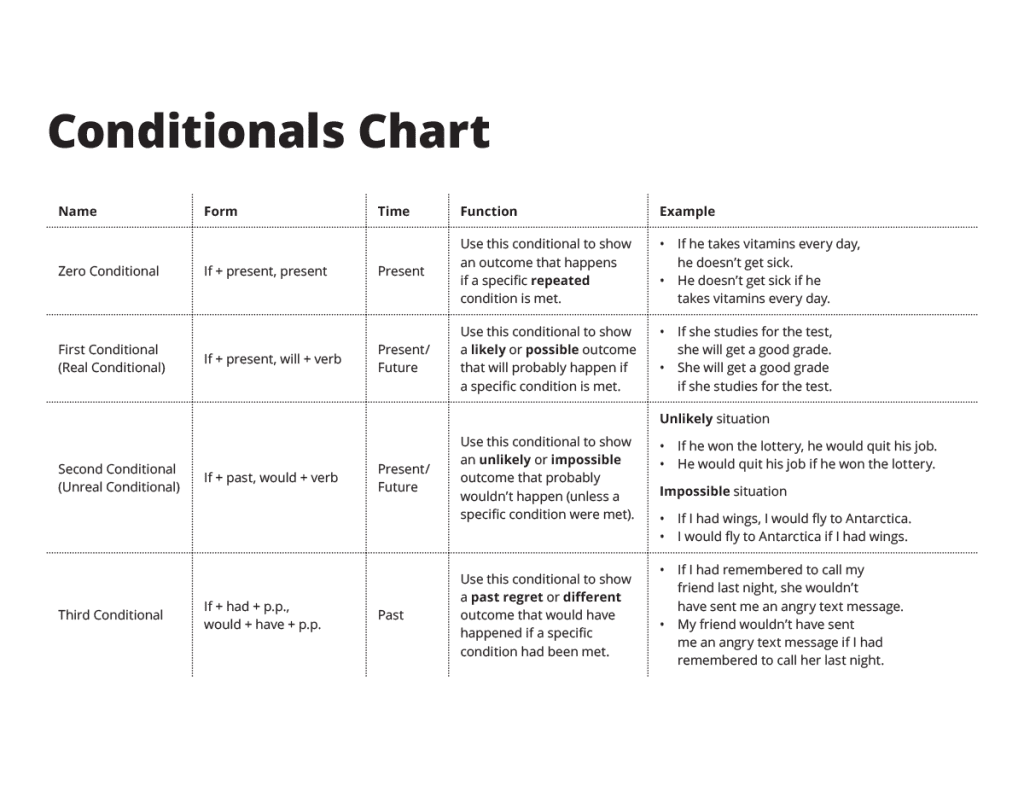 As a review the next day, write this chart on the board to reiterate the four conditional patterns: