Make it a point to review these common expressions!

Expressions that use the verbs make and do are quite common in English. In many of these expressions, make and do take on a generic action meaning that is tricky to differentiate. English language learners sometimes have great difficulty deciding which verb to use! Luckily, we can divide these expressions into categories such as business, speaking, cooking, work, and housework that makes it much easier to learn which verb to use in which expression. 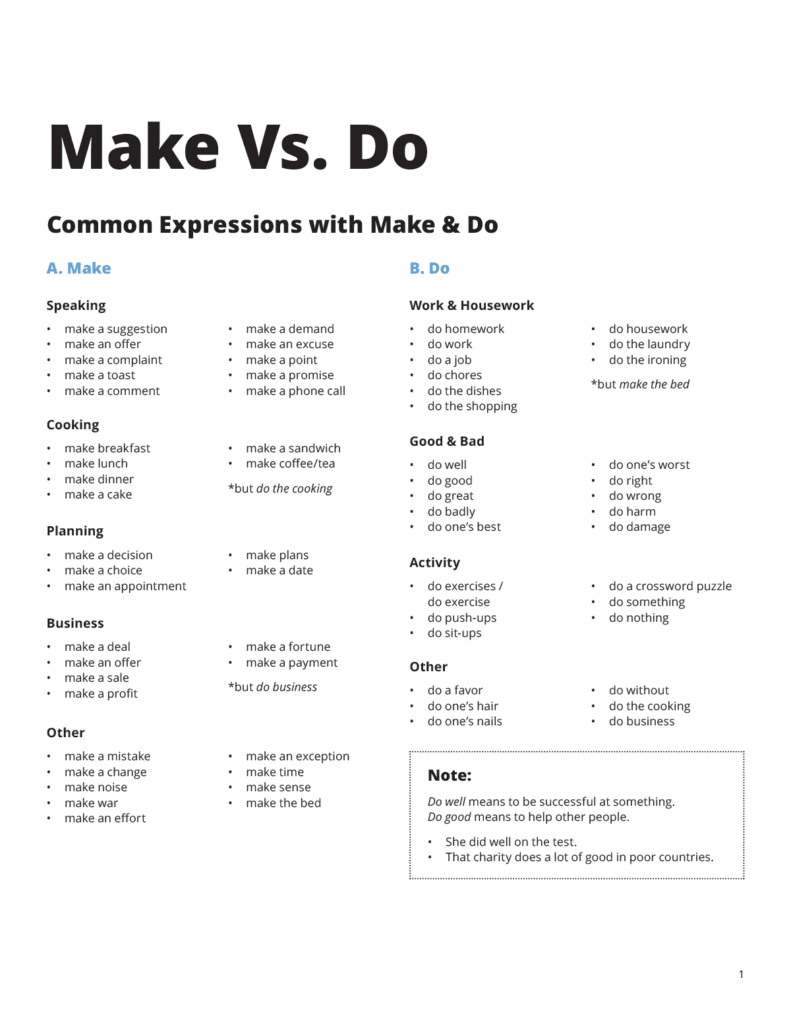 Ask your students if they know what the expression make do means! To make do is to get by or use what you have even if it’s not really enough or is barely satisfactory.