THIS IS INTERESTING NEWS! 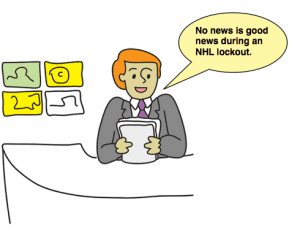 Almost all English grammar rules have exceptions that can cause our students endless confusion. That’s why, whenever an exception pops up during class, I like to point it out to refresh my students’ memories. A common source of confusion is subject–verb agreement, particularly when it pertains to non-count nouns that end in “s.” Some of these nouns are common in speaking and writing, and you can bet they often appear on tests such as the TOEIC. Here are some of the worst offenders:

I often remind my students that news is non-count…we can’t say “one new, two news.” Think of news as information or a collection of stories. Newsalways takes a singular verb, like any non-count noun would.

The non-count noun customs is defined as the agency that collects duties or tolls on imports or exports. (Going through customs at the airport is a common example.) Customs always takes a singular verb in this case. Note that this word is not to be confused with the count noun custom, which is defined as a tradition or common practice. (Taking off your shoes when you enter someone’s house is a good example of a Canadian custom.) In this case, custom takes a singular verb, while customs takes a plural verb.